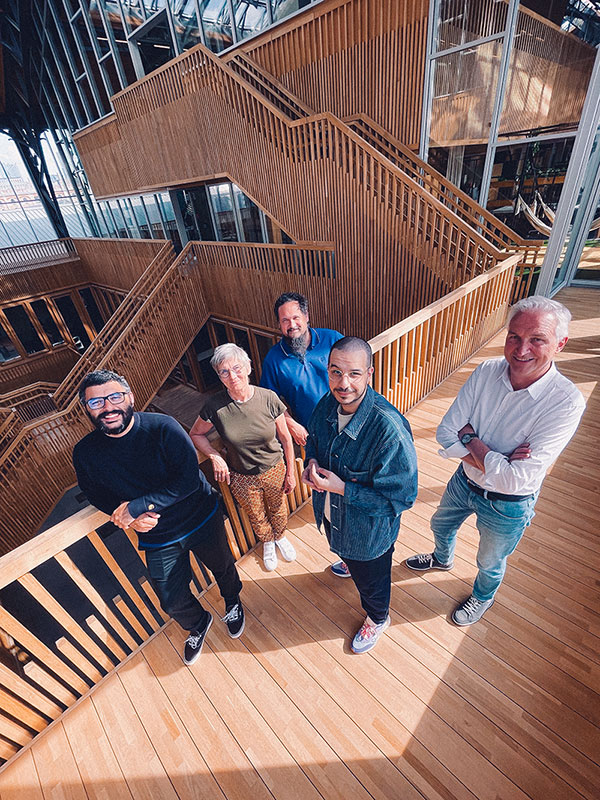 Guilherme Nunes is a half Brazilian, half Portuguese Art Director and Designer who started his career in Rio de Janeiro. Next, he worked for several agencies in São Paulo, such as AlmapBBDO. He then moved to Lisbon, where he spent nine years, going from Senior Art Director at Leo Burnett - being considered the Best Art Director of Portugal - to Head of Art and then Creative Director at Publicis. His work was recognized at the most important creative festivals worldwide, such as Cannes, One Show, New York Festival, and El Ojo. Besides that, he is a father, son, and husband; photographer, writer, wannabe chef, and now studying French.

Werner Van Reck started as Art Director/Designer for different advertising agencies and founded his own agency LDV United Antwerp, with two partners in 1991. He created campaigns for Fisherman's Friend, Mercedes, Ikea, Red Bull, De Standaard, VTM, Eén, and the City of Antwerp. Seventeen years later, being enthusiastic about photography, Van Reck left LDV/United and turned to a photography project on the People of Antwerp. By the end of 2010, he founded Act Agency, specializing in branding & design and in 2014, he joined These Days/YR as ECD, followed by Havas. Werner is an avid fan of fine art photography (check out his site at wernervanreck.com) and has exhibited in VCRB Gallery, Belgium, InTheGallery, Copenhagen & Mallorca. Werner won different Advertising Awards and frequently acted as a jury member for awards like Creative Belgium, Eurobest Festival London, Clio Awards Chicago and the prestigious Cannes Advertising Film Festival.

Naïm Baddich started his career more than fifteen years ago as a Creative at Duval Guillaume, Happiness Brussels and as a Digital Creative Director at Publicis Brussels and DDB Brussels, and finally as a freelancer for the advertising and the cultural sector. His work received numerous awards at national and international levels, whether on Toyota, Renault, Volkswagen, BNP Paribas Fortis, DVV, Ikea, Base or Orange. Baddich repeated this success in the artistic field, with several plays to his credit, including one that won the Critics' Award in 2017.

Any cookies that may not be particularly necessary for the website to function and is used specifically to collect user personal data via analytics, ads, other embedded contents are termed as non-necessary cookies. It is mandatory to procure user consent prior to running these cookies on your website.

We’re an advertising and communication agency specialized in branding, behavioral change, and cross the media campaigns. We embrace Publicis’ worldwide motto ”Those who bring positive change will be the ones that lead the change”. Based on this philosophy we develop creative communication that makes a difference for our clients, society, and stakeholders. Creativity that makes an impact.

We’re the marketing and technology agency that transforms companies for the digital age and helps them embrace technological challenges. This is how we prepare our clients for the future.